What would you write in your diary the evening after learning that you were officially the queen of a large nation? Queen Victoria wrote “Since it has pleased providence to place me in this station, I shall do my utmost to fulfill my duty towards my country,” She became Queen of the United Kingdom of Great Britain and Ireland on June 20th, 1837.

Queen Victoria was known to have always kept a diary about her life, and writing in it often. The following is her full diary entry detailing everything she did that day. She woke up that early summer morning in June to learn that her uncle King William IV had passed away just hours before due to cardiac failure. She was the only living heir between her uncle and two other siblings. Victoria was eighteen years old and living at Kensington Palace with her mother, the Duchess of Kent when her reign began. The following is her full diary entry expressing what she did that fateful day her world changed forever.

I was awoke at 6 o’clock by Mamma, who told me that the Archbishop of Canterbury and Lord Conyngham were here, and wished to see me. I got out of bed and went into my sitting-room (only in my dressing-gown) and alone, and saw them. Lord Conyngham (the Lord Chamberlain) then acquainted me that my poor Uncle, the King, was no more, and had expired at 12 minutes past 2 this morning, and consequently that I am Queen. Lord Conyngham knelt down and kissed my hand, at the same time delivering to me the official announcement of the poor King’s demise. The Archbishop then told me that the Queen was desirous that he should come and tell me the details of the last moments of my poor good Uncle; he said that he had directed his mind to religion, and had died in a perfectly happy, quiet state of mind, and was quite prepared for his death. He added that the King s sufferings at the last were not very great but that there was a good deal of uneasiness. Lord Conyngham, whom I charged to express my feelings of condolence and sorrow to the poor Queen, returned directly to Windsor. I then went to my room and dressed.

Since it has pleased Providence to place me in this station, I shall do my utmost to fulfill my duty towards my country; I am very young and perhaps in many, though not in all things, inexperienced, but I am sure that very few have more real good-will and more real desire to do what is fit and right than I have.

Breakfasted, during which time good, faithful Stockmar [Baron Stockmar – a friend] came and talked to me. Wrote a letter to dear Uncle Leopold [King of the Belgians] and a few words to dear good Feodore [Victoria’s stepsister]. Received a letter from Lord Melbourne [the Prime Minister] in which he said he would wait upon me at a little before 9. At 9 came Lord Melbourne, whom I saw in my room, and of course quite alone, as I shall always do all my Ministers. He kissed my hand, and I then acquainted him that it had long been my intention to retain him and the rest of the present Ministry at the head of affairs, and that it could not be in better hands than his. He again then kissed my hand. He then read to me the Declaration which I was to read to the Council, which he wrote himself, and which is a very fine one. I then talked with him some little time longer, after which he left me. He was in full dress. I like him very much and feel confidence in him. He is a very straightforward, honest, clever and good man. I then wrote a letter to the Queen. At about 11 Lord Melbourne came again to me, and spoke to me upon various subjects. At about half-past 11 I went downstairs and held a Council in the red saloon.

I went in of course quite alone and remained seated the whole time. My two Uncles, the Dukes of Cumberland and Sussex, and Lord Melbourne conducted me. The Declaration, the various forms, the swearing in of the Privy Councillors of which there were a great number present, and the reception of some of the Lords of the Council, previous to the Council, in an adjacent room (likewise alone) I subjoin here. I was not at all nervous and had the satisfaction of hearing that people were satisfied with what I had done and how I had done it. Received after this, audiences of Lord Melbourne, Lord John Russell, Lord Albemarle (Master of the Horse), and the Archbishop of Canterbury, all in my room and alone. Saw Stockmar. Saw Clark, whom I named my Physician. Saw Mary. Wrote to Uncle Ernest. Saw Ernest Hohenlohe, who brought me a kind and very feeling letter from the poor Queen. I feel very much for her, and really feel that the poor good King was always so kind personally to me, that I should be ungrateful were I not to recollect it and feel grieved at his death. The poor Queen is wonderfully composed now, I hear.

Wrote my journal. Took my dinner upstairs alone. Went downstairs. Saw Stockmar. At about twenty minutes to 9 came Lord Melbourne and remained till near 10. I had a very important and a very comfortable conversation with him. Each time I see him I feel more confidence in him; I find him very kind in his manner too. Saw Stockmar. Went down and said good-night to Mamma, etc. My dear Lehzen [Victoria’s governess] will always remain with me as my friend, but will take no situation about me, and I think she is right.”

Photographs of Queen Victoria most often show a plump Empress wearing widow’s black: serious and regal. In reality, the character of Alexandrina Victoria, Queen of Great Britain and Ireland, and latterly in her long reign, Empress of India, is rather different. In private, Victoria had a reputation for being fun-loving and entertaining. Victoria kept a daily journal from the age of 13, which by the time of her death ran to 122 volumes. She reveals herself to be emotional and honest about her own feelings and experiences, as well as her opinions of other people. This book shows Victoria at her most human, whether enthusing over her hobbies and interests, delighting in her children and grandchildren, commenting on the 10 different Prime Ministers who served during her reign, or sharing her love for her husband—her dearest, dearest Albert.

CLICK HERE TO GET A COPY OF THE BOOK 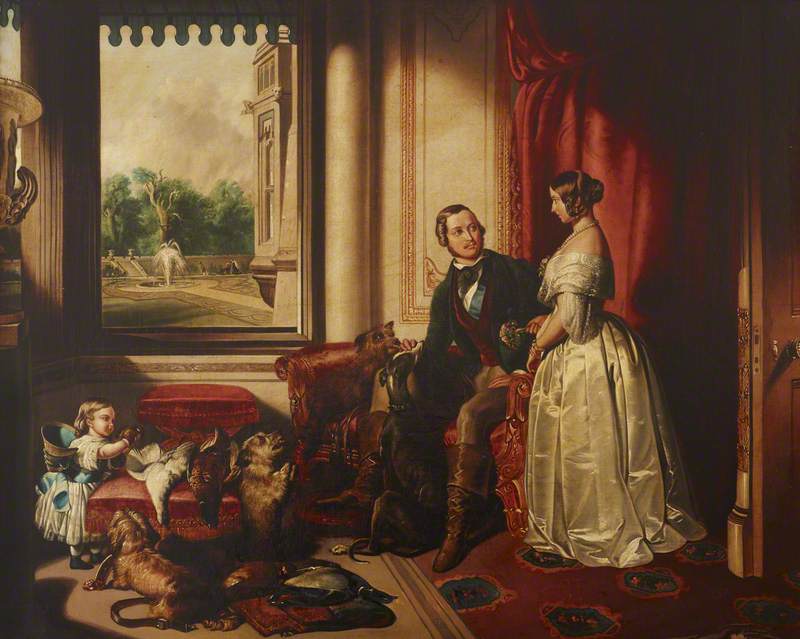