Strapped into his P-51 fighter, Charles Yeager was ready for his mission to attack targets in the Bordeaux area of France. He was twenty-one years old and already had three months’ experience in combat managing to shoot down two German aircraft. On this day his luck was to change. He occupied the “tail end Charlie” position of his four-plane flight.

On the Morning of March 5th, 1944, Yeager and his crew set out for their mission. All seemed to go well at first until the approached their main targets. They were taken by surprised when three German FW 190 fighters suddenly attacked from the rear.

Yeager’s P-51 was targeted, the enemy’s gunfire was impossible to shake off as bullets slammed into his aircraft. The young pilot’s control cables were damaged beyond repair leaving Yeager no choice but to literally jump out of the aircraft in order to save his life.

In today’s post, I will be sharing Charles Yeager’s account of the mission, fleeing his aircraft, and how he was saved by French Resistance members. Yeager was a WIII hero for everything he managed to accomplish during the war and the work he did afterwards. He was a talented man who always worked hard and never let life get him down. The fact he survived being shot down in his airplane and managed to escape is just one of many things this man accomplished. He is also famously know for breaking the sound barrier just a couple years later on October 14th, 1947, while piloting the X-1 Glamorous Glennis at Mach 1.05 at an altitude of 45,000 ft.

To begin Yeager’s story, let’s start at the beginning. He was born in West Virginia in 1923 and by the time he finished high school, he joined the United States Army at the start of WWII. After serving as an aircraft mechanic, in September 1942, he enlisted pilot training and upon graduation was promoted to the rank of flight officer. Stationed in the United Kingdom at RAF Leiston, Yeager flew with the 363d Fighter Squadron.

His particular plane, a P-51 Mustang, was named after the women he would marry in 1945 once the war was over. She was named Glennis Faye Dickhouse and Yeager called his plane “Glamorous Glen”.

It was on his eighth mission that his plane was shot down. Yeager managed to escape with the help of French Resistance Fighters, who helped him get to Spain by March 30th, 1944. From Spain, Yeager was able to return to England to resume his duties. 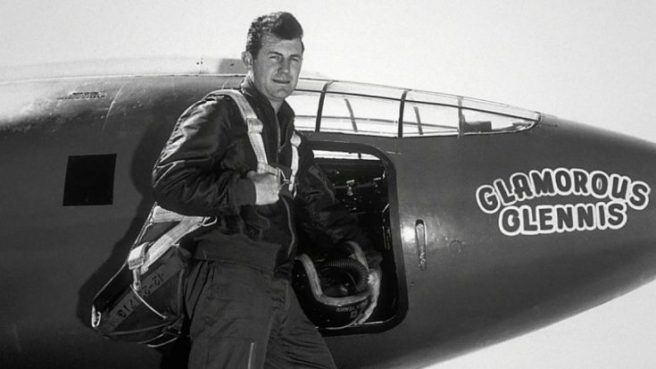 After Yeager successfully made his way to Gibraltar he filed a written report of his experience and was debriefed by a British intelligence officer. The following is excerpted from these reports:

“Three FW 190s came in from the rear and cut my elevator cables. I snap-rolled with the rudder and jumped at 18,000 feet. I took off my dinghy-pack, oxygen mask, and helmet in the air; and then, as I was whirling on my back and began to feel dizzy, I pulled the ripcord at 8,000 feet. An FW 190 dove at me, but when he was about 2,000 yards from me a P51 came in on his tail and blew him to pieces.

I landed into a forest-clearing in which there was a solitary sapling about twenty feet tall. I grabbed the top of the sapling as I passed it and swung gently to the ground. My chute was hung up in the tree, however, I hid my mae west and started off to the south-east, for I thought that I was in the forbidden zone. Before I had gone 200 feet half a dozen Frenchmen ran up to me. Some of them got my chute down, and one of the men took me by the arm and led me to a house some 200 yards away. There I was given food and civilian clothes.

A gendarme was seen approaching the house at this moment, and so I was quickly hidden in the barn. When the gendarme left I was brought back into the house where one of the men who had left the group now returned and gave me a note in English telling me to trust the people in whose hands I was. I was then taken to another house about a kilometer away, and from there my journey was arranged.” 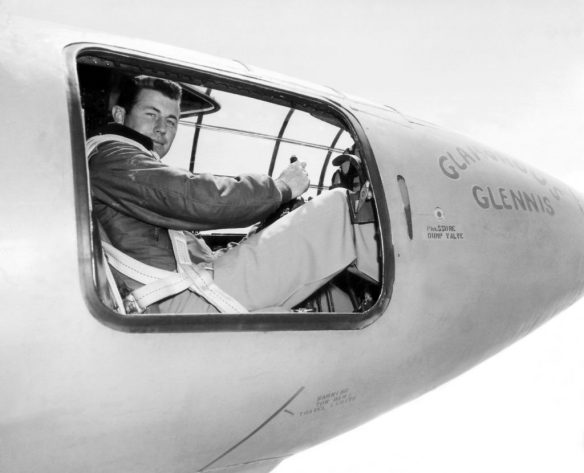 The house to which Yeager was taken was actually a hotel run by an English-speaking French woman and her daughter. The next morning the man who took Yeager to the hotel returned and took the pilot to the home of a “”fleshy, white-haired man and his family” where Yeager spent one night. The British debriefing officer continues the report whose content masks the life-threatening danger each of Yeager’s benefactors places himself into.

“The next morning the same guide returned and took him by bicycle to a young couple of 35 years with a son, Jean, five years old who live in a farmhouse off RN133 near the lake at Font Guillem au Pujo between Pompogne and Houeilles. Here Yeager lived for seven days. Then a farmer from Houeilles took him to a house half a km. from Nerac. This is the house of the regional maquis (French Resistance) chief, Gabriel; and here Dr. Henri -, the doctor of all the maquis in this part of the country, lives when he is in the vicinity. After Yeager had been here a few days, Dr. Henri arrived in the Franbel (the name of a local pencil company) lorry and went after Nahl and the six sergeants with him whom he then brought to the maquis near Nerac. He then went back to Castel Jaloux and from there brought Seidel to the maquis. On 25 March the Franbel lorry brought Nall, Seidel, and the six sergeants from the maquis, picked up Yeager, Dr. Henri and a Belgian lieutenant and drove to a farmhouse 4 kms. S. of Nerac. From this point Yeager’s journey was the same as that of Seidel and Nall.” 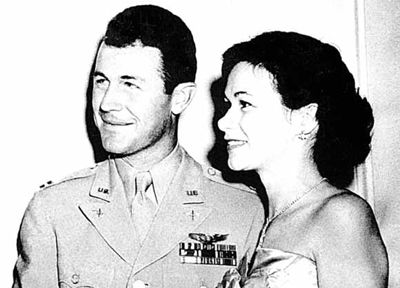 BOOK OF THE DAY 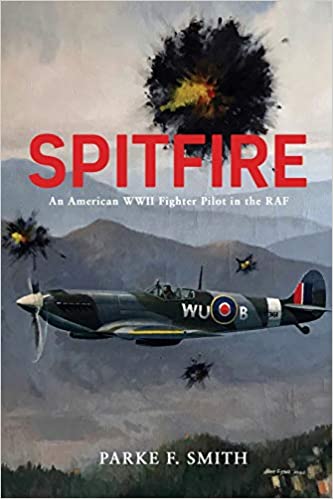 In a voice both timeless and distinctly greatest generational, Parke F. Smith writes about being the last US pilot accepted into the ranks of the RAF via their training exchange program at War Eagle Field, Los Angeles. After completing their course, he sailed to England on board the HMS Queen Elizabeth, swore allegiance to the King, and was offered a coveted spot training as a fighter pilot. From 1942 to 1946, Smith flew 129 missions in North Africa, Italy, and over the North Sea, before returning home. Amazingly, blessedly, he made it home, unlike so many of his friends and comrades. It is to them he dedicated his writing.

Smith’s war stories are only the half of it. Smith is skilled at conveying the human connection and camaraderie that forms in war’s trenches and skies. He has a way of revealing enduring universal truths through anecdotes made even more humorous from his perspective as a total outsider. Ultimately, Smith’s is a story about finding home-no matter how foreign-and fighting for it with all you’ve got.

Not only did Smith love the Spitfire aircraft, his true gift was how he lived his life: fiercely determined and passionate, a real spitfire. 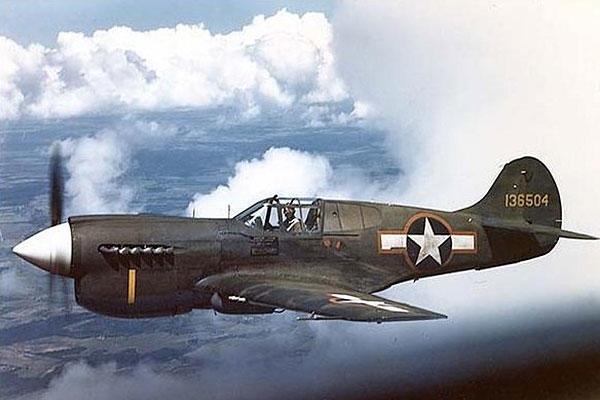