In today’s post, I am sharing part one of a short story series I have been working on with plans to bring back to the blog. This part has been revised and updated. Part two will follow soon. I am hoping for some feedback and thoughts on what everyone thinks of the story. Please let me know!

Story Synopsis: Cordelia and Cole had the world wrapped around their fingertips. Everything was right. That was until he showed up. The dark wizard changed their fates. An earth-shattering love torn to pieces. Forever separated but never forgotten. What is to become of them? 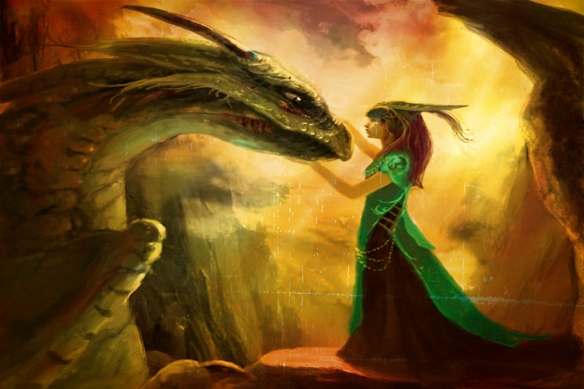 Cordelia & Cole: The Day They Met

She is a fairy.

He is a dragon.

It was not always that way.

She was a girl.

It was a love more than love

It should have been very simple

But she is a fairy and he is a dragon

Cordelia sat on a quiet beach just outside her little home in Gwynhallow, the fairy city in which she now lived. The young woman sat contemplating what her life had become. She had once been human and sole heiress to a very prominent noble family, the House Fitzgerald. Cordelia was no longer part of that world. Humanity somehow escaped her. There was nothing left.

All that remained were memories.

How did this all happen? Dark thoughts wandered throughout her mind as the waves rolled up onto the shore gradually becoming less and less as they hit the sand. It occurred to her just then that this was what her life was like.

She was nothing now. Cordelia was nobody, the unnoticed. She had started life out big like a wave but was now reduced to dampness on the sand.

It had not always been so. She was the sole child of Henry James Fitzgerald; the family’s patriarch and the Duke of Ameliadale. Life was supposed to have seen her become a duchess; however, in those days, Cordelia’s fortune had been luckier than that. Sometimes at the right moment, a person comes along to change your world and the rest is history. There is no going back.

The day she met Cole Turner, Cordelia had only been six years old. He was the boy who would rule alongside her as the duke someday in the future. They met by a little creek near her family’s castle. The day had promised to be a beautiful sunny morning. The week had been bright and cheerful. There wasn’t any reason to think this day would be any different.

The day they met, Cordelia had known he was to be her future husband. The marriage was already arranged, and fate was sealed. She wanted a perfect picnic; alas, a storm blew over Ameliadale out of nowhere, pouring a fierce and deep rain. Cordelia’s plans were destroyed. The lunch was ruined.

The girl had set up blankets and pillows neatly arranged on blankets with dishes and food the kitchens had prepared for the afternoon introductions. She brought some of her favorite books and a flute she expected to play hoping to impress the small audience on their way towards her.

At this point, the little six-year-old Cordelia burst into tears and as her attendants were trying to soothe her, she met the dragon. He was still just a human boy. Accompanied by members of his house, a nine-year-old Cole appeared onto the path leading up to their spot that had been so carefully chosen near a beautiful creek. They were all soaked to the bone.

Cole noticed how upset the little girl was. He walked right up to her and handed her a bright red rose safely clutched in his hands before giving a large bow and whispering to her “Cordy, do not cry; It is nice to meet you”.

Cordelia remembered those words clearly as if they had been spoken to her just this afternoon instead of years ago. She had grabbed the rose and smiled through tears wiping the water out her eyes and pushing back her dark ebony hair from her face. The curls were frizzy and flat.

Cordelia looked like a drowned mouse standing there in a yellow gown of silk that brightened her big brown eyes that were much too large for her small face when she had been handed a rose. She would never forget it. Cole always from that moment called her “Cordy” when he addressed her.

Oh, how she missed that! How she missed him! Cole from that day forward had become her best friend. It would forever be Cole and Cordelia. They were beyond soul mates. They were each other. She admired the compassion he carried; it came so naturally to him.

She loved his messy red hair of fire which eventually grew into a darker shade of brownish gold as he got older. She missed his sea-green eyes so full of kindness. He had been so handsome. Cole was everything Cordelia could have wanted. No better companion to be found. She thought him perfect.

The family had arranged their marriage. Cole was not as highborn as Cordelia which suited Henry Fitzgerald fine. He loved his little daughter, who reminded him so much of his long-departed wife. Henry wanted to ensure that she would keep her home and duchy. He was the solution.

He chose House Turner for the practical reason they had many sons who needed to marry for power. They would be malleable and easily controlled.

Henry knew if he chose the youngest son, who had no title in his own right, his plan would be effective. He would get a son that he could shape to rule the duchy of Ameliadale and someone to treat his daughter well.

He could raise the two to be co-rulers. Henry did not want to just marry his child off to some cruel noble. His daughter would then become second and lose her rights. He wished Cordelia could be named as full heir that way he could leave her the duchy; unfortunately, the laws said this is not allowed.

A woman could not rule without a husband. Henry resolved he would at least find someone who would be the girl’s partner in every single way. On the day of the disastrous picnic, Cole became an official ward of Henry’s and was moved to Ameliadale castle. This is where their story begins.

The fairy and dragon, who were still young and human would spend the next several years growing up together, forgetting any time they hadn’t been. The pair were educated by the same tutors, attended the same church masses, learned the same musical lessons, and ate every meal together.

They spent all their free time in each other’s company.

There was never a time she and Cole were apart. He was her prince, fighter, and protector. He always stood up and defended her when the occasion called for it. The one to be called when the trouble was real. Cordelia smiled as she watched the waves remembering the time Cole had dropped his goblet of wine down a balcony on Sir Edward Royce.

The man’s son, a sour-faced bully named Thomas had teased her earlier in the morning when all the children from noble families were out in the gardens surrounding the great church. An injustice Cole wouldn’t let go.

The children tended to be left on their own while the adults remained inside listening to a doctrine the priest was giving. The children’s sermon ended an hour before the adults. They would go to the gardens for a snack while they waited for their parents. The kids usually played around and enjoyed the fresh mid-morning air.

The kids loved getting into mischief on any given Sunday. It was way of blowing off steam after a long morning. Once the adults finished, everyone would have lunch and later in the afternoon return for more preaching.

Adults and children alike attended afternoon sermons. The kingdom was a religious area made up of hundreds of duchies that had farm tenants and villages. Nobody skipped church without a dire reason.

Thomas Royce had noticed Cordelia and frequently sought to get her attention but the girl had been shy. Cordelia did not “play” like the other children. They often startled her with their loud boisterous games. It had not been until Cole had arrived that the Fitzgerald’s even attended church.

The priest gave them private Sunday masses at the castle’s citadel. This however changed when Henry decided as duke that the family should attend Ameliadale’s Great Church. It was time for Henry to leave the grief over his lost wife and show his people he could still govern.

This meant making appearances. Cordelia was not use to being outside the castle and around lots of people. It made her nervous. So when the time came to be in the gardens, Cordelia would often find a quiet corner and read her books. She ignored all the children.

This gave the girl a look of pretension and to the others it suggested Cordelia thought she was too good for their company.

So that morning Thomas Royce angered by Cordelia’s lack of interest in his antics, taunted her something fierce. He called her all sorts of names in bad taste. Cole was not about to let this go. He had been chatting with some of the boys nearby. He had heard it all and was about to intervene when the adults walked out of the main building. Cole went to walk with Cordelia but vowed he would deal with Thomas later.

That afternoon while the Fitzgerald’s sat in their private pew on a balcony overlooking the entire church. Cole poured his wine beneath the balcony where Thomas Royce and his father sat. This caused a big commotion and stir as the wine splashed the patrons below. Henry, Duke of Ameliadale gave a look of disbelief and disapproval at his young ward but Cole felt justified in the defense of his little fiancé.

During the chaos he turned to Cordelia and said “Cordy, there see, you have been avenged”. She had laughed and felt delighted over the whole chaos.

Cordelia and Cole’s love was far beyond their mere years. It was far older and wiser.  How she missed every aspect of her former life. She felt like a shell: An empty shell devoid of anything of substance. When she walked around Gwynhallow she did not speak or smile.

She just carried about her business.

She did not even attempt to learn any of her new magic abilities that came from being a fairy. She had not even undergone what was required to discover the kind of fairy she was.

The other fairies of Gwynhallow had decided Cordelia just needed more time to adjust and become accustom to her new life. They had no clue she would never be the same without Cole. She was nobody without his light.

They were forever separated and it was beyond the comprehension of others who knew not a thing about the essence of Cordelia’s character; which was made up of Cole. They knew of no Cole.

COMMENT IF YOU WANT PART TWO: THE EVIL WIZARD 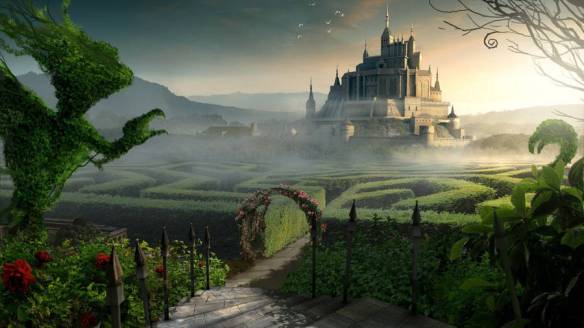 3 thoughts on “Cordelia & Cole: The Day They Met – Part One Of The Dragons”