“Mr. Carroll, has come to hasten my departure, in a bad humor, because I insist on waiting until the picture of Washington is secured, and it requires to be unscrewed from the wall. This process was too tedious for these perilous moment. And now, I must leave this house, or the army will make me a prisoner” – Dolley Madison.

Upon their victory at the Battle of Bladensburg on August 24th, 1814; British troops rush their forces to the nation’s capital at Washington in order to destroy governmental buildings and raise as much havoc as possible.

Witnessing his army’s defeat, President Madison hurriedly sent a message to his wife Dolley, who had remained at the White House, to immediately flee the city. In today’s post, I am sharing a letter by First Lady Dolley Madison who had to flee before the approaching army just a few miles away arrived.

The atmosphere at the Mansion was one of controlled panic. The First Lady prepared to flee taking with her as many state documents and other prized possessions as she could hurriedly gather. Among these was a full-length portrait of George Washington that hung in the State Dining Room.

My husband left me yesterday morning to join General Winder. He inquired anxiously whether I had courage or firmness to remain in the President’s house until his return on the morrow, or succeeding day, and on my assurance that I had no fear but for him, and the success of our army, he left, beseeching me to take care of myself, and of the Cabinet papers.

I have since received two dispatches from him, written with a pencil. The last is alarming, because he desires I should be ready at a moment’s warning to enter my carriage, and leave the city; that the enemy seemed stronger than had at first been reported, and it might happen that they would reach the city with the intention of destroying it.

I am accordingly ready; I have pressed as many Cabinet papers into trunks as to fill one carriage; our private property must be sacrificed, as it is impossible to procure wagons for its transportation.

I am determined not to go myself until I see Mr. Madison safe, so that he can accompany me, as I hear of much hostility towards him. Disaffection stalks around us. My friends and acquaintances are all gone, even Colonel C. with his hundred, who were stationed as a guard in this enclosure.

French John [a faithful servant], with his usual activity and resolution, offers to spike the cannon at the gate, and lay a train of powder, which would blow up the British, should they enter the house. To the last proposition I positively object, without being able to make him understand why all advantages in war may not be taken.

Since sunrise I have been turning my spy-glass in every direction, and watching with unwearied anxiety, hoping to discover the approach of my dear husband and his friends; but, alas! I can descry only groups of military, wandering in all directions, as if there was a lack of arms, or of spirit to fight.

Three o’ clock – Will you believe it, my sister? We have had a battle, or skirmish, near Bladensburg, and here I am still, within sound of the cannon! Mr. Madison comes not. May God protect us! Two messengers, covered with dust, come to bid me fly; but here I mean to wait for him. . .

At this late hour a wagon has been procured, and I have had it filled with plate and the most valuable portable articles, belonging to the house. Whether it will reach its destination, the Bank of Maryland, or fall into the hands of British soldiery, events must determine.

Our kind friend, Mr. Carroll, has come to hasten my departure, and in a bad humor, because I insist on waiting until the large picture of General Washington is secured, and it requires to be unscrewed from the wall.

This process was found tedious for these too perilous moments; I have ordered the frame to be broken, and the canvas taken out. The precious portrait placed in the hands of two gentlemen of New York, for safe keeping.

And now, dear sister, I must leave this house, or the retreating army will make me a prisoner in it by filling up the road I am directed to take. When I shall again write to you, or where I shall be tomorrow, I cannot tell!

Amidst the nonstop turmoil of the War of 1812, the decisive First Lady takes action and inspires an anxious nation. The true story of a woman with humble Quaker roots who rallies America during the War of 1812!

Dolley Madison faces a bitterly divided Washington City when her husband, James Madison, becomes our fourth president. The prospect of war against Great Britain threatens to tear our fragile republic apart. The “Presidentess” hosts open parties in the new President’s House to unite political foes and cultivate an American identity.

When President Madison declares war with disastrous results, Dolley carries on, ignoring the threats against her. However, as British soldiers march toward Washington City, she becomes their target. Now America’s Second War of Independence hinges on her. What must she do to save the United States while also saving herself?

“McNamee has written another exciting novel— replete with historical details and a lively portrayal of a smart, determined woman who is devoted to her husband and country. From the first sentence, we are breathlessly pulled into Dolley Madison’s fascinating journey as First Lady and root for her every step of the way as she navigates politics and power during a turbulent period in American history.” —Kathryn Goodwin Tone 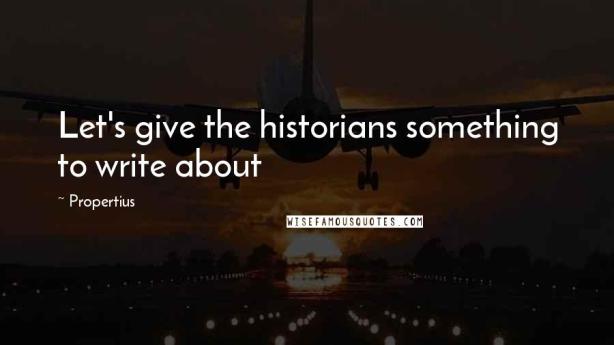 15 thoughts on “I Must Leave Or Be A Prisoner: Dolley Madison Flees The White House!”