The plague also referred to as the Black Death was a profound and formidable disease that wiped out much of Europe’s inhabitants. It decimated millions and reduced the population by almost half in just a few short years. Chaos from the disease brought unsettled times.

The Plague is a bacterial infection that can mostly be found in rodents and fleas.

The shocking and scary part of this disease is its ability to transfer from animals to humans. The epidemic was felt very harshly in Asia and Europe around the mid-1300s. It is highly contagious and spreads which caused a lot of difficulty in protecting your family from dying. To this day, there are still cases where people have died from the plague. This is mostly in small third world countries that have limited or no medical care. There have been cases confirmed in The United States but luckily with the right antibiotics, the person can be healed and not suffer any fatal consequences from the disease. 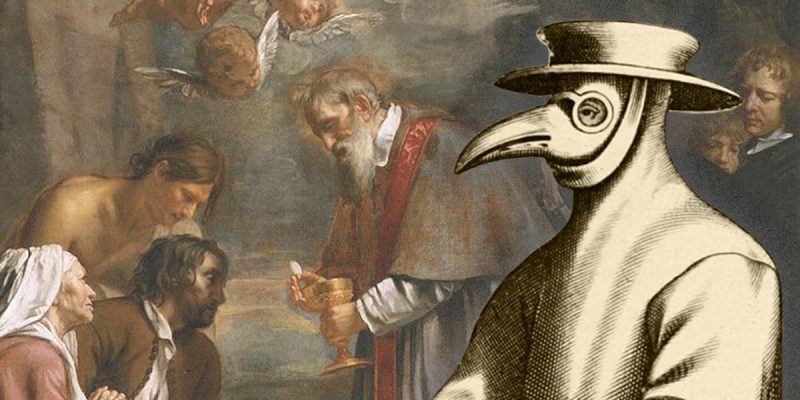 The plague brought with it much more than death and sickness. It forever changed people’s view of the world and taught the disheartening lesson that people are not immortal. It was horrifying that some malicious disease was capable of killing so many without anybody being able to stop or fix it. Most don’t like having no control over something that is causing harm. This brought about crazy ideals, groups, and concepts that would forever leave its mark on history. It was a very terrifying time to be alive.

The virus had a rapid ability to spread and kill hundreds by the day; therefore, it produced tremendous fear and suspicion which unhinged the people of Europe. This brought on irrational paranoia which was fueled in the 1500s when a weakened return of the plague epidemic occurred. People started believing that those practicing witch craft were deliberately causing the return of such a destructive malady to the world.

They truly held the belief that these people were causing significant wickedness against mankind. The majority felt this needed to stop which generated legions of persecution and violence. The plague impacted and traumatized the European psyche which in effect caused interrogations and torture against these “Plague Spreaders”.

Turmoil and chaos during this time became a part of everyday life for many. Witch hunts were established and incited even more upheaval which directly became a factor for reformation. It was common during this time especially for Christians to resort to blaming problems on witches. It seems like a fairly isolated affair but the plague reinforced this belief and naturally “dark magic” was used as an explanation for the fatal disease. The mass hysteria that ensued over witchcraft determined the execution of hundreds of people thought to be devil worshipers and plague spreaders.

Despite popular belief that witches were burned at the stake as a punishment, it was typically through hanging that these people were brought to their demise in England. Those who burned during this time in England usually faced other crimes such as “petty treason” for killing their husbands or something similar. Another interesting fact was England only killed about a handful of guilty witches unlike much of the world. It was mostly Italy, Germany and other European countries that used burning as a prevailing method of sentencing the “crime” and had more people killed for this than England.

The plague did not just bring about persecution for solely those thought to be witches. The first outbreak in the 1300s constructed a group now as the Flagellants. This group was compiled of religious zealots during the Middle Ages whose main goal was to deflect and prevent the Black Death. The Flagellants sought to relieve and redemption for their sins. This was a common practice during times of severe catastrophe. They would display their devotion and religious piousness by seeking ways to absolve their disobedience to God’s rules. This was done often by wholeheartedly whipping themselves as a form of penance. They traveled around towns and villages to do this publicly to get people converted in order to satisfy God. The group was condemned by the Catholic Church but continued to gain popularity and support especially during the Plagues darkest times.

The Flagellants held the conviction the illness spreading throughout their world was created by a god who was displeased by the lack of spiritual faith and the vast amount of sins committed on a daily basis by the human race. The group was supported by many and even some in high power such as Catherine De’ Medici who was the queen of France. They even had the support of some Catholics who agreed penance should be done just not in such an extreme form. They did, however, believe it to be more good and bad. King Henry IV and Pope Clement ostracized the group and condemned them as radicals. What is often overlooked about this fanatical group is the fact they did go overboard which had calamitous results for many members of this movement.  A good example of this fervent behavior can be shown in the custom of not bathing. They wanted to imitate Jesus and do harm to themselves to make up for the sins of the world just as the son of God did. One of the ways they did this was by not bathing.

As we all know germs and viruses can easily be spread by uncleanliness. The Plague began to become rampant in the group killing many with its swiftness. So as you can see a lot of what they tried to do backfired and did not successfully bring about any positive changes. This is not surprising because no amount of violence, extremism, or religious loyalty could have done anything to stop the outbreak of the Plague.

“Although prevalent on the European continent, the Flagellants did not achieve popularity in England. However, a large contingent of the sect crossed the English Channel in 1349 and converged on London. The following description of the Flagellants comes to us from Sir Robert of Avesbury who witnessed their ritual:” – Eyewitness To History (History Through Those That Lived It)

In that same year of 1349, about Michaelmas (September, 29) over six hundred men came to London from Flanders, mostly of Zeeland and Holland origin. Sometimes at St Paul’s and sometimes at other points in the city they made two daily public appearances wearing cloths from the thighs to the ankles, but otherwise stripped bare. Each wore a cap marked with a red cross in front and behind.

Each had in his right hand a scourge with three tails. Each tail had a knot and through the middle of it there were sometimes sharp nails fixed. They marched naked in a file one behind the other and whipped themselves with these scourges on their naked and bleeding bodies.Four of them would chant in their native tongue and, another four would chant in response like a litany. Thrice they would all cast themselves on the ground in this sort of procession, stretching out their hands like the arms of a cross.

The singing would go on and, the one who was in the rear of those thus prostrate acting first, each of them in turn would step over the others and give one stroke with his scourge to the man lying under him.This went on from the first to the last until each of them had observed the ritual to the full tale of those on the ground.

Then each put on his customary garments and always wearing their caps and carrying their whips in their hands they retired to their lodgings. It is said that every night they performed the same penance. 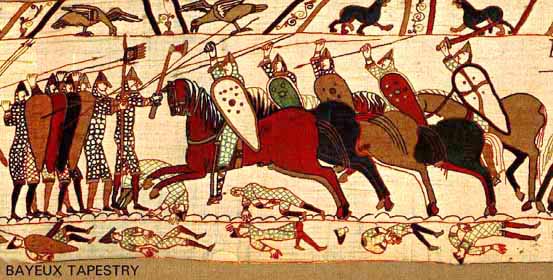 9 thoughts on “Catastrophe Throughout The Bubonic Plague | Religious Zealots & Their Actions!”