In light of this being the first day of Women’s History Month, I wanted to share letters from women who managed to build homes and a life all on their own starting at the begging of the 1900s.The Homestead Act allowed people to work land out west in order to own it after a period of time. Their stories are inspiring and enlightening.

The homestead act was passed by Lincoln on May 20th, 1862. The Act provided that any adult citizen, or intended citizen, who had never borne arms against the U.S. government could claim one-hundred and sixty acres of surveyed government land. Claimants were required to improve the plot by building a dwelling and cultivating the land.

Then after a five-year period, the person was entitled to the property and obtained full ownership. Titles could also be obtained by paying the government $1.25 per acre within a six-months period but only after some minimal improvements were made.

This was an opportunity for women to achieve something.

Women could become landowners on their own merit for the first time through the acts . According to historian Marcia Hensley “12 percent of homesteaders in Colorado, Wyoming, Montana, North and South Dakota, and Utah were single women. Lured by the Homestead Act, which gave any 21-year-old who headed a household the right to homestead federal land, independent women crossed the country to become landowners.

By the early 1900s, a woman could load her belongings on a train and in several days make a trip that had once taken people months. When she arrived, a land-locator took her by wagon or a Model T car to find her claim. Revisions in 1909 and 1912 in the Homestead Act also reduced the amount of time needed in order to gain ownership, and they doubled the amount of land that could be claimed. This was too good to be true.

This road however wasn’t an easy one to travel for those attempting to build their properties and forge a new life out west for themselves and their family.

The challenges were numerous right from the start because financially it did cost. In order to work the land, a person need tools and resources survive which were costly, not to mention the cold winters made it difficult to set up. In the letters below, I noticed something very encouraging about these women. They were fighters and definitely up to the challenge. The West was never going to be easily won, but these ladies have a clear message. Each and every one of them have no regrets and believed it was well worth all their grueling efforts. These women found strength, courage, and prospered.

Document One – The Varied Activities of a Woman Homesteader

Dakota Homesteader Bess Cobb’s letter to a friend reveals the optimism and high spirits that energized the young women who filed homesteading claims.

Suppose you girls are saying “poor Bess” and feeling dreadfully sorry for me out here in the wild and wooly uncivilized regions of America. But really time just seems to fly. I haven’t done half I had planned and I am afraid winter will be here before we are ready for it. I’ve sewed some, done a little fancy-work and lots of darning and mending but most of my time has been spent out of doors digging in the garden and riding …

You can see a team miles away – up one valley we can see ten miles, up to the Cannon Ball river – so when any one starts to our shack, if we see them in time we can comb our hair, change our gowns and get a good meal in running order before they arrive. 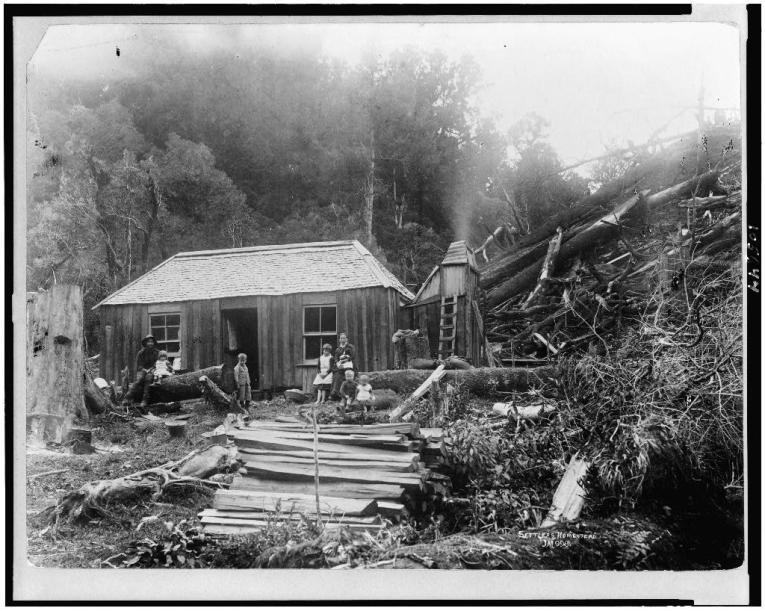 Lucy Goldthorpe, a young schoolteacher, came from Iowa to Dakota in 1905. Here she describes to a reporter her survival during the winter and contrasts her childhood fantasies with homestead reality.

There was many long, cold days and nights in my little homestead shack that winter! The walls were only board thickness, covered with tar paper on the outside. I’d spent money sparingly, because I didn’t have much, but I had worked hard all during the summer and fall in an effort to winterize the structure. Following the pattern used by many of the settlers, I covered the interior walls with a blue building paper. Everything was covered, including the layers of ceiling, and the floor. To help seal out the cold I’d added layers of gunny sacks over the paper on the floor and then the homemade wool rugs I’d shipped from home.

Regardless of what I did the cold crept in through the thin walls. With no storm entry at the door and only single windows my little two-lid laundry stove with oven attached to the pipe had a real struggle to keep the place livable…

A neighbor family returning to their claim “from the outside” brought me fresh vegetables. They were such a prized addition to my meals that I put the bag in bed with me at night to keep them from freezing. Night after night I stored food and my little alarm clock in the stove pipe oven; that was the only way I could keep the clock running and be sure of a non-frozen breakfast. Each day brought new, unexpected challenges and at times I wondered if I would be able to stay with it until the land was mine. Could any land be worth the lonely hours and hardships? The howling wind and driving snow, the mournful wail of coyotes searching the tormented land for food did nothing to make the winter any more pleasant…

As a child I had enjoyed hearing my father tell of the hardships of the early days. They seemed so exciting to me as I listened in the warmth and security of our well built, fully winterized Iowa home. Like most youngsters I’d wished for the thrill of those other days. Little did I think that an opportunity for just that would come through homesteading alone, far out in the windswept, unsettled land. Believe me, it wasn’t nearly as glamorous as the imagination would have it!

I never enjoyed myself better than in my life than I have this winter. We go some place or some one is here from 1 to 4 times a week. A week ago last Fri. a load of 7 drove out to my claim. Cliff, Clara, David, and I had gone out the Wed. before and such a time we had. My shack is 10 feet 3 inches by 16 feet and I have only 2 chairs and a long bench for seats, a table large enough for 6, a single bed and only 3 knives so 2 of them ate with pairing knives & 1 with the butcher knife. We had two of them sit on the bed and moved the table up to them… We played all the games we could think of both quiet and noisy and once all but Clara went out and snowballed. They brought a bushel of apples, & a lot of nuts, candy, & gum & we ate all night….

We have just started a literacy society in our neighborhood. Had our first debate last Fri. The question was resolved that city life is better than country life. All the judges decided in the negative … Tomorrow our crowd is going to a literacy society 6 or 7 miles from here, and the next night to a dance at the home of one of our bachelor boys.  We always all go in our sleigh. I am learning to dance this winter but don’t attend any except the ones we get up ourselves and they are just as nice & just as respectable as the parties we used to have a Ruthven Iowa. I just love to Dance… 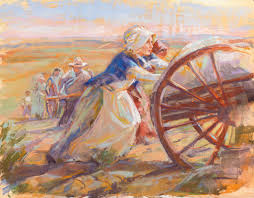 Homesteading proved rewarding for many women, not only economically but also because of the sense of accomplishment they experienced. Here Theona Carkin tells how the sale of her Dakota Homestead helped finance her university degree.

Life in general was dotted with hardships but there were many good times also. I have always felt that my efforts on my homestead were very worthwhile and very rewarding, and I have always been proud of myself for doing it all.

By teaching off and on … and upon selling the homestead, I was able to pay for all my own college expenses. 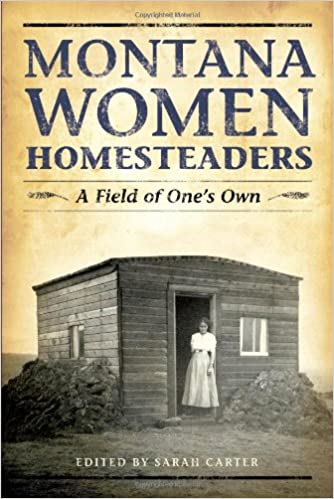 In Montana Women Homesteaders: A Field of One’s Own, author and historian Sarah Carter introduces the voices and images of women who filed on 160- or 320-acre homestead plots in Montana.

Single, widowed, divorced, or deserted, women varied in ages, educational levels, and ethnic backgrounds, but all proved up on their homesteads.

12 thoughts on “U.S History ╽Young Women Homesteaders & The Promise Of The West -Letters To Home”