“If I die in Afghanistan, I thought, at least I’ll never have to see another fake headline, read another shameful lie about myself. I thought a lot on that flight about dying. What would it mean? Did I care? I tried to picture my funeral. Would it be a state funeral or private? I tried to imagine the headlines: Bye, Bye Harry.”

Spare, a memoir by Prince Harry, The Duke of Sussex, is quite a solid and enjoyable read that is worthwhile to those interested in it having a look. In today’s post, I will be covering part two of Harry’s book. The section is called Bloody, but Unbowed. The second part of the book has not changed my opinion too much. It is such a well-articulated autobiography giving us readers a never before seen glimpse into the feelings and mind of a prince.

If readers haven’t seen my first review, a section called Out Of The Night That Covers me, then please click here to read that before going forward. There is so much to unpack which is why I am doing this review in three separate parts. All my reviews are strictly my honest opinion and thoughts with no ill intent behind them. I realize many will disagree with my take on the matter and that the Duke and Duchess of Sussex are a bit of a hot topic with many of us divided between Harry even publishing such a book. 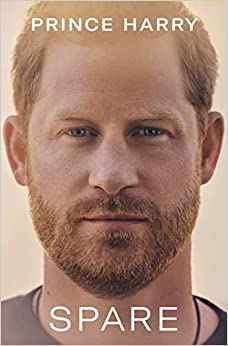 Prince Harry has grown up quite a lot by the time he reaches the second section of Spare, and a lot of his time in the military is discussing finding his way. Harry discovers a bit of happiness and feelings of normalcy during this time while also presenting the idea to create his groundbreaking Invictus Games, an international multi-sport event first held in 2014, for wounded, injured and sick servicemen and women, both serving and veterans.

All his plans go a bit astray however because the paparazzi kept revealing his location which made him too easy a target in a warzone while also putting everyone else around him and his team in some serious jeopardy. This is a bitter pill for Prince Harry to swallow, although he does understand the reasons behind the army pulling him out of the war. Upon his return to England, Harry struggles once again and the paparazzi do nothing but push his buttons constantly with every move he makes outside in the public.

The attacks from the media, while he is going through some serious mental issues, are something that punches readers’ heartstrings as Harry details how lost and lonely he was once again feeling after returning home. Unsure of what the next steps should be. To make matters worse, the paparazzi were horrible and purposefully tried to cause chaos in order to get their money-shot photographs of him in some unhinged and scandalous moment.

“Paps, somehow, knew. Around this time they began hitting me with their cameras, deliberately, trying to incite me. They’d brush, smack, jostle, or straight wallop me, hoping to get a rise, hoping I’d retaliate, that would create a better photo, and thus more money in their pockets. It was one of the scariest moments of my life, and I knew no one cared. Price you pay, people would say, I never understood what they meant.” 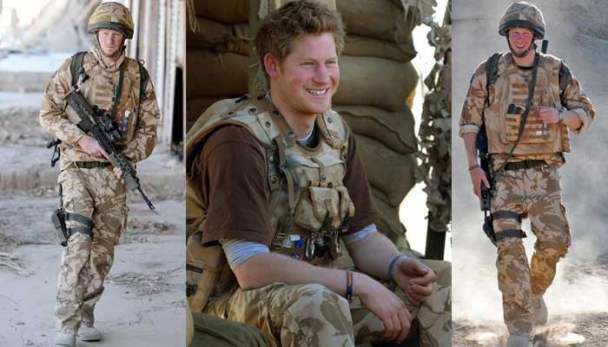 The most saddening and harrowing thing mentioned in the book is how truly traumatized Princess Diana’s death made him because for many years that grief just festered and boiled inside his soul. This really got to me quite frankly. Losing a parent, your mother, of all things is not something you come back from. I know that to be true on the most personal of levels with the loss of my own mother and the trauma that her death created for me.

With all that said, It is easy for me to sympathize and connect with Harry’s thought process and the emotional warfare going on inside his head. There is a very gripping moment in his memoir where he visits Paris for the first time ever. While on this trip, Hary decides to have his driver take him through the tunnel where Diana’s crash had taken place. The emotions really got to me. It was in these moments that Harry finally accepted that his mother really had died. By this time he was twenty-three years old.

“It had been a very bad idea. I’d had plenty of bad ideas in my twenty-three years, but this one was uniquely ill-conceived. I’d told myself that I wanted closure, but I didn’t really. Deep down, I’d hoped to feel in that tunnel what I’d felt when JLP gave me the police files—disbelief. Doubt. Instead, that was the night all doubt fell away. She’s dead, I thought. My God, she’s really gone for good. I got the closure I was pretending to seek. I got it in spades. And now I’d never be able to get rid of it.”

“Or maybe there was tension under the surface between us, which I wasn’t fully comprehending. While sharing that cottage we agreed to a joint interview, in an airplane hangar at Shawbury, during which Willy griped endlessly about my habits. Harry’s a slob, he said. Harry snores. I turned and gave him a look. Was he joking? I cleaned up after myself, and I didn’t snore. Besides, our rooms were separated by thick walls, if I did snore there was no way he heard. The reporters were having fits of giggles about it all, but I cut in: Lies! Lies!  That only made them laugh. Willy too.”